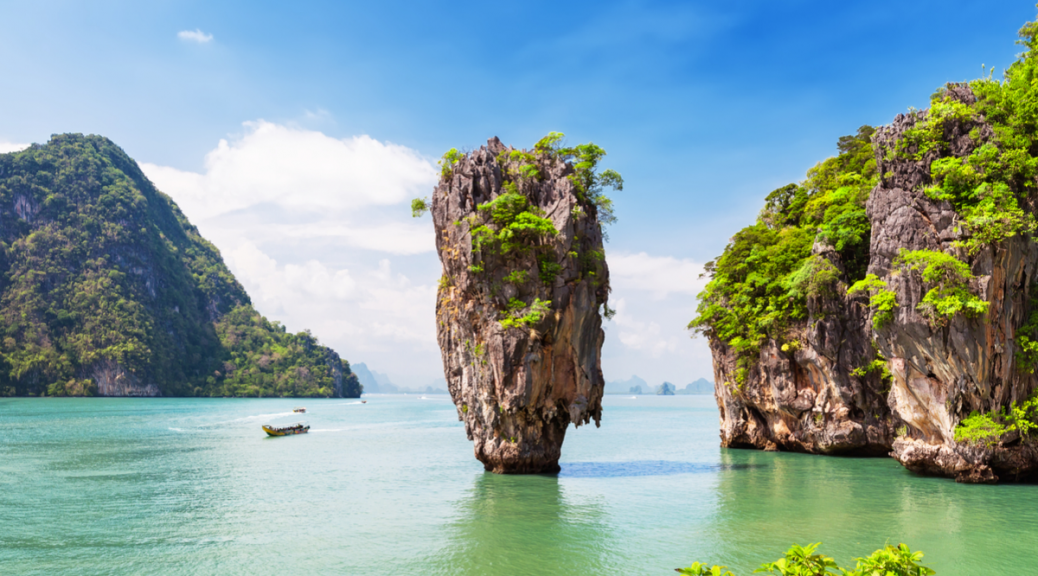 As one of the most visited countries in South East Asia, Thailand gives everyone the trip of a lifetime. But what do you really know about Thailand? Some facts (and the history behind them) have shaped Thailand into what we know it as today and you might not have known until now! Here are 5 interesting facts from walking fish to Krabi island hopping so you can get to know Thailand a little better!

You probably know that Bangkok is the capital of Thailand. But did you know that Bangkok technically isn’t the full name? The real name is one of the longest names of a place in the world! Krungthepmahanakhon Amonrattanakosin Mahintharayutthaya Mahadilokphop Noppharatratchathaniburirom Udomratchaniwetmahasathan Amonphimanawatansathit Sakkathattiyawitsanukamprasit. It means: City of Angels, Great City of Immortals, Magnificent City of the Nine Gems, Seat of the King, City of Royal Palaces, Home of Gods Incarnate, Erected by Visvakarman at Indra’s Behest.” But you can just continue calling it Bangkok.

Sure, “endless” might seem like an exaggeration, but 1430 islands is still a lot! The best part about Thailand’s islands is that you can visit them!  Unlike some tourist places that just take you near an island, with a Krabi island hopping cruise you get to stop at some of the islands and actually explore the waters for a bit! How cool is that?!

3. Creatures of all shapes and sizes

Thailand is actually one of the world’s most diverse ecosystems, ranging from lush forests to sandy beaches. Because it’s so diverse, Thailand is home to many creatures. The bumblebee bat is the smallest mammal in the world and is found in Thailand. It’s also where the largest fish, the whale shark, can be found. But one of the most interesting animals in Thailand is a fish that can walk on land. Totally serious! Cryptotora thamicola, also known as the blind, waterfall-climbing cave fish. It uses its fins to crawl on land just like any other four legged land animal.

If you have a weak stomach you might want to skip to the next fact! The edible-nest swiftlet is a bird that got it’s name for an interesting reason… people eat their nests! The nests are made from the strands of saliva and are one of the most expensive delicacies on earth. They can sell for more than a thousand dollars!

5. Where Red Bull got it’s wings

The ever-so-popular energy drink Red Bull was inspired by Krating Daeng, a drink from Thailand that directly translates to “Red Bull”. Dietrich Mateschitz created his own version of the drink with ingredients that Western people would enjoy, and Red Bull was born.

There’s no denying that Thailand makes for a beautiful vacation destination, but there are so many other things to enjoy about Thailand that you might not even know! So whether you’re going to check out tiny the bumble bee bat actually is or see which islands are part of a Krabi island hopping cruise, keep learning about Thailand. Hopefully these interesting facts have sparked some curiosity for you to dig a little deeper!

What our clients Say

Register your Interest!
TAKE A JOURNEY